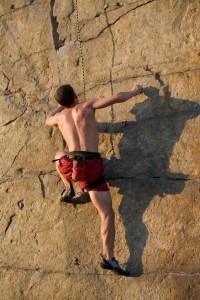 You can do it all and feel great! …But you need to develop a holistic approach to fitness. This is Multi Movement – the culmination of strength, endurance and flexibility with balance (and practicality).

And, no… You don’t need to dedicate hours of your life every day or be some sort of natural athlete.

You simply need to learn how to move your body efficiently in different ways. Once you have that ability, you can achieve overall fitness and feel great about yourself!

What Does It Take?

You’re probably aware that you can improve your nutrition, and it will result in more energy and better performance. Well, that’s only one common connection to overall fitness… And there was a time not long ago that most athletes didn’t even understand this.

Now, there are even more connections that help you bring your fitness to a higher level – in many ways with less work than ever before.

Oh, it still takes effort! …But now it’s more about wisdom and efficiency than grunting and panting.

It takes your mind, your breath, your environment…and yes, your nutrition to achieve good results efficiently and quickly. Then you must understand all the components of fully functional fitness.

You Can Have Strength, Endurance and Flexibility

This state can not be an accident… it’s a style of living that includes Multi Movement along with Clean Nutrition and True Awareness.

This is where the magic is!

…The best part is that the varied activities identified in Multi Movement keep you engaged and excited to stick with it.

Vital Endurance brings it all together for you.

The Best Ways to Get, Maintain and Accelerate Fitness?

The One Big Thing You’re Probably Doing Wrong When You Exercise?

The 3 Most Overlooked Aspects of Total Fitness?

Even if you’ve been “training” for years and think you’re fit and healthy…you can learn some new tricks about life and how to get the most out of what you work for. Here at Vital Endurance, we call it The Ultimate Healthy Lifestyle. Just click the link to learn all about it and take your fitness to the next level.

Vital Endurance is based on years of work and research… collaborating with an array of athletes, coaches, exercise physiologists and sports nutrition experts.

We understand a complete fitness lifestyle. It requires some movement knowledge, simple food guidelines and a complete body, mind and spirit awareness.

Take the Next Step in Your Fitness Evolution…

In the meantime, here’s a little study that may motivate you:

Keeping active may be the secret to staying young for both mice and men. Researchers from Canada’s McMasterUniversity discovered that exercise could halt the aging process in a group of mice, even though they were genetically engineered to age faster.

The mice in the study continued to exhibit the same youthful appearance as normal mice after engaging in a treadmill exercise routine over a period of several months. In addition, the exercise program prevented premature aging in almost every organ of the morphed mice. The study was published in the prestigious science journal Proceedings of the National Academy of Science.

The results of the analysis indicate that not only can exercise help to prevent an early death, it can also delay the aging process. The researchers said that exercise provided nearly 100 percent protection against graying fur, hair loss, brain and muscle atrophy, and more.

According to lead study author Mark Tarnopolsky, a Professor of pediatrics and medicine at McMaster’s DeGroote School of Medicine, “What really shocked us was the gonads, the spleen, liver — every tissue we looked at was made better with the exercise. It has a systemic effect and even prevented a slight shrinkage of the brain.”

The mice in the study were genetically engineered to have an age-inducing defect in their cell powerhouses, known as mitochondria. As mitochondria age, less energy is generated for cells in the body to run on. The mice were assigned to either an exercise or non-exercise group. The exercise group was forced to jog at a brisk pace on a treadmill for 45 minutes, three times weekly.

After a five-month period, the researchers found that prevention of premature aging had occurred among all the mice in the exercise group. While these mighty mice remained active and looked as young as ever, the sedentary mice were inactive, more socially isolated, and less fertile, as well as balding and turning gray. Whereas the muscle tissue of the active mice was found to be completely normal, the tissue of the inactive mice showed signs of damage.

But the biggest discovery was seen in the mitochondria of the exercise group of mice. The mitochondria among these mice had gone from damaged to young and healthy. Experts have long-suspected that the accumulation of mitochondrial DNA mutations over the lifespan leads to the progressive decline in tissue and organ function, which results in aging.

Tarnopolsky noted that the results of the study are applicable to humans and he is hopeful that the outcome for the exercising mice will motivate people to get on the move. He remarked, “When you see the video with the mice barely moving and their sisters moving around healthy, that may shock them into getting their butts off the couch and get some exercise.”

Previous studies on genetically engineered, premature-aging mice have included calorie restriction and a variety of drugs that have had far less promising results. Regarding the benefits of exercise on health, Tarnopolsky pointed out, “Many people falsely believe that the benefits of exercise will be found in a pill. We have clearly shown that there is no substitute for the ‘real thing’ of exercise when it comes to protection from aging.”

The good news is that it’s never too late to get on that treadmill. Tarnopolsky noted that studies have shown that even those who have spent far too much time being sedentary can still reap the benefits of exercise, and gain energy, mobility and promote healthier organs. Take Tarnopolsky’s advice to “Get moving, get active and get your kids moving while they are young.” The road to fitness just may lead to the fountain of youth. 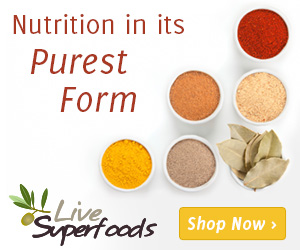 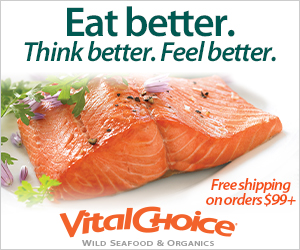 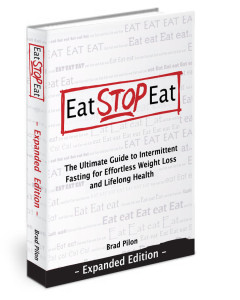